Part of a series of posts on why Brighton is a great place to live, work and be.

London’s claim to be the nation’s favourite tech hub is under fire from cities all over the nation, and leading the charge is our very own Brighton and Hove.

In fact 74% of all digital firms are now based beyond the capital, and those driving this migration are Bournemouth, Liverpool and Brighton.

The ground-breaking Tech Nation report represents the most comprehensive study of the UK’s digital sector. It depicts the centrality of central London for tech startups and firms as being not just under threat but overwhelmingly usurped.

Between 2013 and 2014, Brighton’s incorporation rate drew level with London, thanks to a 20% increase in the formation of digital companies here. 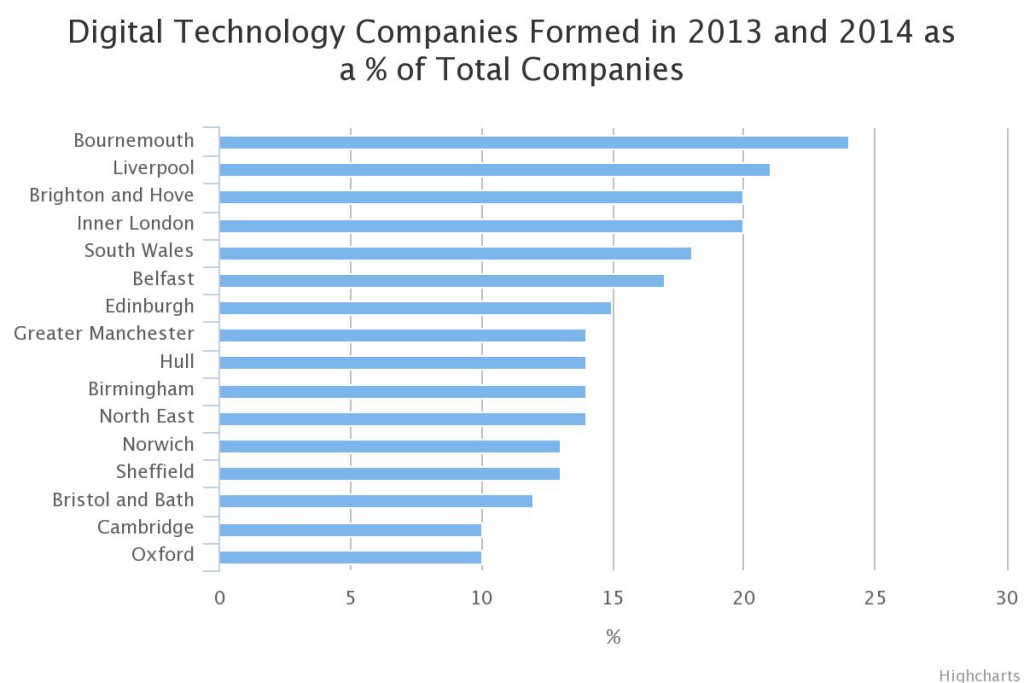 The research was commissioned by Tech City, the Government-backed organisation that has been tasked with driving the UK’s digital economy forward. It found that cities like Brighton with a flourishing digital scene are a major factor in helping the UK’s economy to recover.

Baroness Shields, the chair of Tech City UK, commented that:

“12.4% of our GDP is attributed to technology and digital business, that’s the highest in the G20. We are the most digital nation in the world.”

And Brighton is one of the most important tech hubs that have made this a fact.