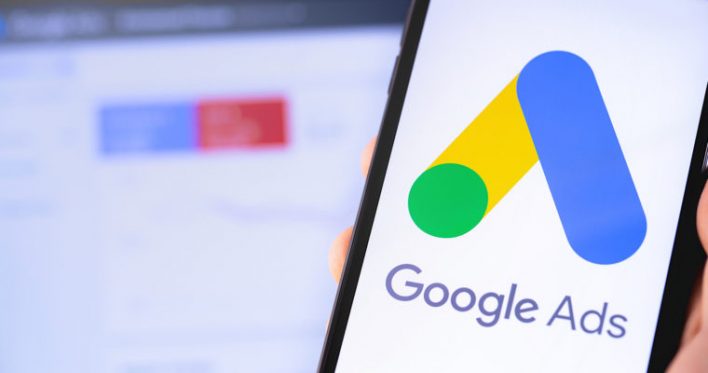 What does this mean for your search advertising strategy and what the hell was Google thinking? Here’s the low-down on Google’s latest mow-down.

At least when Google announced average position was heading off into the sunset it pointed to the horizon where four new metrics were rising with the sun.

And, what’s more, there were clear reasons why this metric was becoming increasingly meaningless.

So, what does position three mean if you’re tucked away at the bottom of the SERP compared to being neatly ensconced at the top?

Your position number is no longer a meaningful way to decide on your strategy.

But Google’s four new metrics can make sense of this.

These use the terms ‘top’ and ‘absolute top’ to distinguish between the very first ad shown and ‘top’ refers to all the ads appearing above the organic results.

Here’s a breakdown of the metrics:

Top impression rate:
The percentage of your ads that are positioned above the organic search results.

Absolute top impression rate:
The percentage of your ads that are positioned as the very first ad.

Search top impression share:
A percentage indicating how frequently your ads appear above the organic results compared to the estimated number of impressions you are eligible to receive in this position.

Search absolute top impression share:
A percentage indicating how frequently your ads appear as the first ad compared to the estimated number of impressions you were eligible to receive in this position.

So, how can you use this info?

Top – and absolute top – impression rates will help you understand where on the SERP your ads are showing. And those in the top get much better clickthrough than those below the organic results.

Search top – and absolute top – impression share tells you how often your ads could be served in more prominent positions. But they don’t indicate what gains in Quality Score or bids you will need to make. Arguably, these are only of use for those with very deep pockets.

Your keywords now match more queries than they’ve ever matched before.

Google has already made changes that made exact match keywords, well, less exact.

And in the second half of 2019 Google announced that phrase match and broad match modifier keywords will now follow suit and be matching search queries that include same-meaning close variants.

Its argument is that it understands the ‘search intent’ behind queries much better than advertisers ever can – given the billions of search variants out there. So now your phrase match and broad match modifier keywords match search queries that include same-meaning words: synonyms, paraphrases, and so on.

Until now, phrase match and broad match modifier keywords can only be triggered by close variant queries like accidental plurals and misspellings.

But now they’ll also be eligible to show for (Google-defined) same-meaning close variants like synonyms and paraphrases.

Google provides examples for each match type that has changed.

Here it is for broad match modifiers:

And here for phrase matches:

The first thing to note is this:

If you’re targeting both “lawn mowing services” and “grass cutting services” the most semantically relevant one will be entered into the ad auction.

The second thing is this:

Iit’s all part of the inevitable shift toward automation. As Google says, 15% of queries are new and this ensures we are in the auction for variants we haven’t considered.

But what if the semantic match may be similar but doesn’t match the audience or intent that you are aiming for?

Well, in that case, you’d need to keep checking your Search Term reports and add these to your negative keywords.

Whether the broadening of phrase match and broad match modifier proves beneficial to advertisers will depend on Google’s ability to successfully decipher the intent behind users’ queries.

And your vigilance, when it doesn’t.

For some the increased exposure will be a good thing, for others it may just lead to greater costs and diminished click-through rates.